Book of the Week "How To Stop Wildfire" 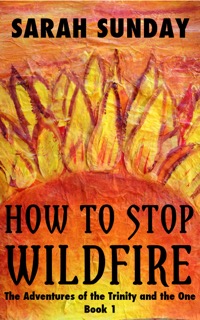 This Weeks Book of the Week Goes to How to Stop a Wildfire by Sarah Sunday.

Humans, although they believe otherwise, are not alone in the universe. There are thirty other races in the universe aligned as the entity known as the Empire. In the Empire, all are immortal; their lifespans are potentially infinite. With magic and the extreme technological advancement of the Empire, nothing is impossible.

King Fla’neiel, of the race of Flana, a member of the Empire, knows better than anyone what can possibly happen in this great Empire. He is the last of his race after a dangerous weapon brought calamity to Flana. For thousands of years he has been searching for this weapon so he can destroy it and avenge his race. Then the weapon suddenly resurfaces on Earth and King Fla’neiel is propelled into action.

But he is not the only one searching for this ancient weapon; there are other forces that are interested in claiming it. Formidable forces such as dogmatic guilds, a deranged robot, and the infamous and ridiculous intergalactic outlaw, the self-proclaimed Evil King Cyclone that care not for the end of Flana and its survivor.

King Fla’neiel’s quest has become far more complicated than expected and it has only just begun.