Book Of the Week "The Catalyst" 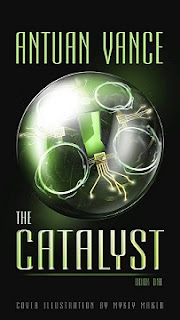 Hey Everyone: This Weeks pick is 'The Catalyst" by Antuan Vance.


They were called the Red.

They came in droves. Their great armies marched through cities and enslaved nations. Some worshiped them. Some surrendered in awe and terror. But when humanity resisted, the Red ravaged the world with fatal radiation and destroyed billions of lives.

After a long, hard fought battle, the Red were defeated. Humanity survived. And they killed every Red until not one of them walked among us.

Or so it was believed.

When Earth's greatest enemy returns, Lukas Brown must send his daughter and protegé west on a dangerous cross-country mission, and retrieve the key component to the world's survival, The Catalyst.

But the road west is filled with more delays and challenges than expected, and Lukas discovers there's more to their newest threat than meets the eye.


Make Sure you Check Out His Book!