Welcome Back to Authors Corner 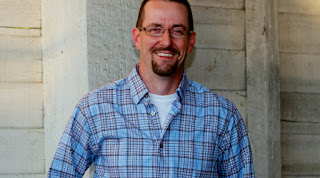 Today I will be interviewing  W Lawrence


Why do you write and when did you decide to become a writer?
I initially wrote Syncing Forward based on a lucid dream I had a few years back. At the time I had no plans to do anything other than get it onto paper and move along. As I was going through the process, however, it dawned on me I wanted to do more of it.

So, what have you written?
Syncing Forward is my first novel. Although about eight years ago, I did publish a game supplement called Epic: Raiders which contained short stories. Epic is a tabletop game (read: grown men playing with toy soldiers) I used to play frequently – it was my obsession at the time.

Where can we buy or see them?
Syncing Forward is available all over now: Amazon, Apple, Googleplay, Barnes & Noble, etc. I have gotten fan mail from Australia, India, Germany, and Belgium; proof that the internet is the greatest invention since language.

What genre are your books?
Science fiction, or speculative fiction to be precise. It regularly falls into Top 100 lists for time travel, genetic engineering, and techno-thrillers. Although I do want to say the larger story is really about family, about choices, and about consequence. To me, the science fiction is the tool to tell the story.

What draws you to this genre?
My father raised me on Robert Heinlein and Isaac Asimov, so writing scifi came naturally. It’s practically genetic.

What are you working on at the minute?
A book called One Way Window. It’s another time travel story, albeit very different from Syncing Forward.

Do you mind telling us about it?
It’s a twisty tale involving ghost stories, old houses, moonshiners, and a window that peers ninety years into the past. I hope to have it out by Christmas.

What do you find is the easiest thing about writing?
I don’t find anything easy about it, honestly, other than the desire to do it. In the movie A League of their Own, Tom Hanks tells Gina Davis “Of course it’s hard… If it was easy everybody would do it. It’s the ‘hard’ that makes it ‘great’.” To be able to write is a reward in itself, but it is a lot like exercising – you appreciate it after you’ve accomplished something.

How are you publishing this book and why?
I self-published on the advice of my editor, C.S. Lakin. She has published traditionally and on her own, and recommended maintaining control of my own work. And Lakin wasn’t the only person to say this. Other writers I know said the same thing. Funny that one reviewer said that she didn’t know why a publishing company wouldn’t pick up my book, when the true answer is I never sent it anywhere. Ever.

What would you say are the main advantages and disadvantages of self-publishing against being published or the other way around?
Self-publishing is all about control. Win or lose, my fate is my own. It also feels like pioneering, reaching into areas that still remain uncertain after all these years. There are few hard-n-fast rules about self-publishing, and staying engaged is a challenge.

How successful has your quest for reviews been so far?
Great! Syncing Forward has over a hundred fifty reviews. It didn't start out great, but there were some strategies that worked.

Do you have a strategy for finding reviewers?
The first best thing was to reach out to bloggers, especially smaller blogs that were hungry for material. Yes, it is important to get seen, but you can’t be a snob and hold out for the NY Times to contact you. Little mentions snowball into big visibility.

I also hired a publicity manager from Aintwrite.com who is affordable and wise. Bunny set up a free giveaway for my book which I initially fought, but the reviews that poured in were well worth it.

Goodreads is vital for communicating with your core audience. Do book giveaways both on Goodreads directly and through the groups. DON’T be a pushy dog and hassle the moderators into allowing you to use their reading group as your marketing platform. I read their posting rules and never violated them. Instead I participated in discussions and eventually I had a moderator contact me and offer to do a book discussion on Syncing Forward.

What are your thoughts on good/bad reviews?
I read every single review at least twice. They are incredibly helpful because it is your customer communicating with you about your product. Most businesses would beg for the type of feedback authors get. Sure, some of it can be harsh and my first 1-star review stung. Oh well. You suck it up and move on, but always remember the critical reviews – they will help you improve your craft.

Any amusing story about marketing books that happened to you?
I twitter-followed a fella called The Sample Reader who does reviews based solely on your Amazon sample, then reviews it. He took notice and reviewed Syncing Forward on Goodreads, and gave it a 2-star. Ouch! I was pretty bitter about it for a few days, but I followed my own advice and reread his review, trying to pin point what his problem was. Turned out that the cut-off point for my Amazon preview was in a terrible spot and it really didn’t give readers motivation to continue; a point The Sample Reader made. I went and lengthened the preview and got immediate positive feedback from new readers. That 2-star review probably saved my bacon.

What advice would you give to aspiring writers?
#1 – get an editor. Yes, I know you have your degree in English Lit and never misspell anything and are a human autocorrect. It doesn’t matter. Your book needs an editor to compete. An editor is not your friend or your mom or the college student looking for an extra buck. An editor is a professional who will make your writing better, and you NEED that to stand out in this highly competitive market. Even after I had two editors work my book over, I had 5 typos in the book and customers noticed every single one of them, making comments in their reviews. Had it been 15 typos, or 50, I would have lost a lot of business and received poorer reviews.

Where do you see your publishing going in the future?
I’m excited to announce that I signed a deal with Podium Publishing in July 2015. Podium does not take solicitations – they reached out to me and asked me to come aboard. After listening to their marvelous work on Andy Weir’s The Martian, I couldn’t say no.

In addition I am pitching my book to Lakeshore Entertainment on August 8th along with a few other companies. I hope I come back from Hollywood with some good news.

Thank You For Stopping By!

Make Sure you Check Out His Work!